Back to the main section 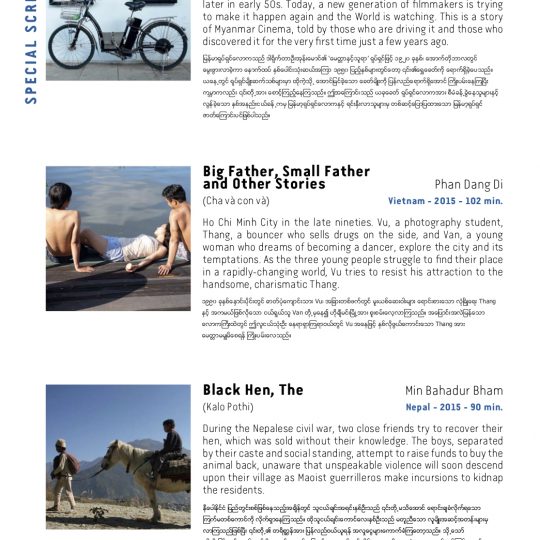 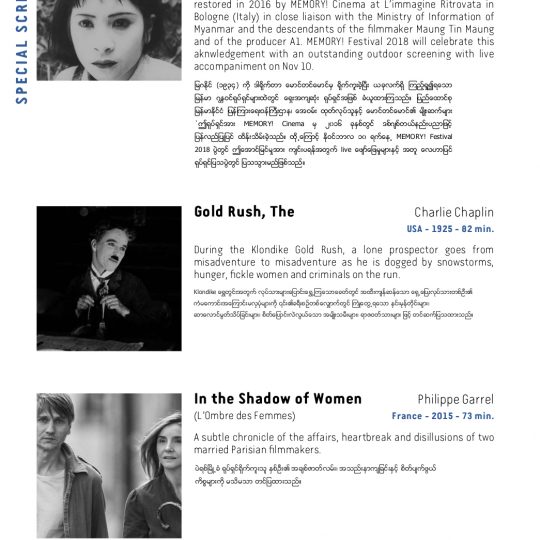 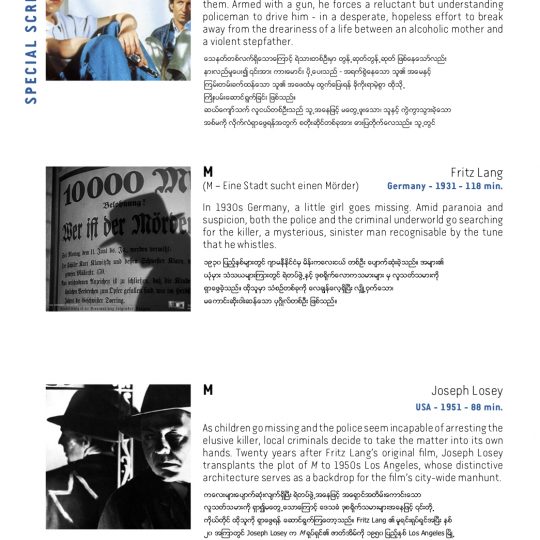 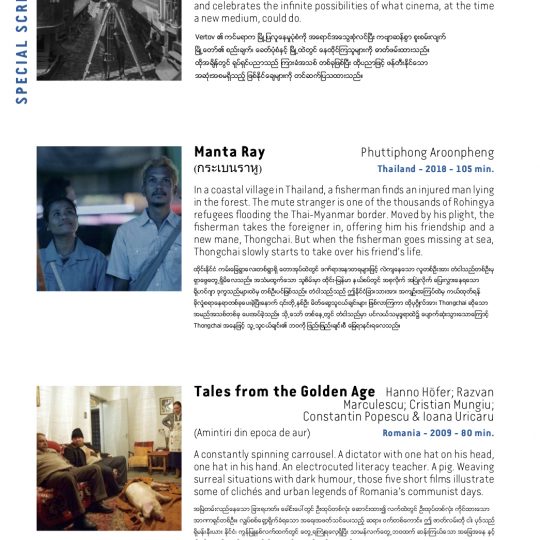 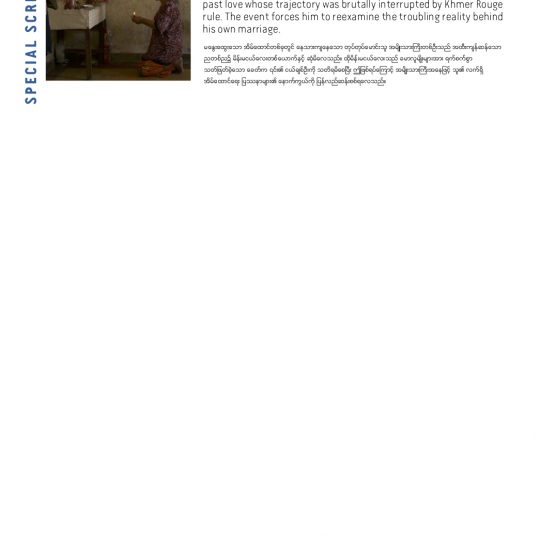 Around Clotilde Courau, actress, France
As for each year, our guests share with the audience their passion of Cinema but also introduce their own films. We programed Clotilde Courau’s work in two films. One at the very beginning of her career and one recent one. Clotilde Courau introduced on Nov 10 The Little Gangster (1990), the film that revealed as an actresss and on Nov 11 In the Shadow of the Women (2015), where she plays under the direction of French director Philippe Garrel. Clotilde Courau is also a movie-lover and enjoys sharing the films dear to her. For MEMORY! Festival, she chose M (1951) by Joseph Losey, one of her favorite films, and also the original version of this film, M (1931) by Fritz Lang.
Around Phan Dang Di, Director, Vietnam
The award-winning director Phan Dang Di chaired the 2018 Myanmar Script Fund Jury and also introduced his second feature film Big Father, Small Father and Other Stories (2015).
Around Kavich Neang, Director, Cambodia
Kavich Neang presented his short film Three Wheels (2015) representing the new generation of filmmakers in Cambodia.
Around Min Bahadur Bham, Director, Nepal
From Nepal the director Min Bahadur Bham came with his first film worldwide acclaimed, The Black Hen (2015).
Myanmar premieres
The festival was proud to present two very recent films that premiered in Myanmar: a documentary by Maxence Reigner, A Myanmar Cinema Story (2017) and Manta Ray (2018) by Phuttiphong Aroonpheng, first feature film from Thailand, awarded this year at Venice Film Festival.
Cine concerts
Myanmar live accompaniments for two masterpieces, from USA and Russia. The festival programed this year several screenings with live accompaniment. First, a cine-concert for the Opening Evening, The Cameraman (1928), within «Press & Democracy on Silver Screen» section, with live accompaniment performed by U Kyi Soe Tun and his Laurel Art Academy team. And also the masterpiece Man with a Movie Camera (1929) by Dziga Vertov with live accompaniment performed by Myanmar musician Itö and his band.
Mahabandoola Park, under the stars with movie stars.
Mya Ga Naing (1934), Myanmar Film Treasures, with live music. It is an honor to program the most ancient Myanmar movie still in existence in such an exceptional outdoor venue. Mya Ga Naing was carefully restored by MEMORY! Cinema in 2016. Mya Ga Naing is now preserved and accessible for screenings in Myanmar and elsewhere, as a vibrant heritage of Myanmar. The cine-concert will take place with live accompaniment performed by Thaung Htike & his famous Myanmar ensemble alongside Maike Gossmann & Stefan Wenke from Berlin.This live accompaniment was made possible thanks to the Goethe Institut Myanmar support.
Chaplin, Forever!
Chaplin is a permanent Guest of the Festival and in particular of Mahabandoola Park MEMORY Outdoor Screenings. After Modern Times in 2016, The Great Dictator in 2017, we had the pleasure to program The Gold Rush (1925), another masterpiece of Charlie Chaplin. The Gold Rush, as Good as Gold! This special screening was made possible thanks to the support of Ananda.
Surprise screenings in honor of Canal+ Myanmar
On Nov 12, we had a special screenings in the honor of Canal+ Myanmar. The pay-TV has solid links with original creations, TV and cinema. Since its establishment in Myanmar, Canal+ Myanmar proposes a large choice of cinema and series contents for Myanmar audience with exclusive broadcasting of Myanmar movies and original creation of TV Series.