The Myanmar 100 Program will take place over a period ending in 2020, at the occasion of the 100th anniversary of the Myanmar cinema history. The project is developed by the MEMORY! Cinema Association and comprised of three foundational components: Restoration, Preservation & Access.
This Program was launched in 2016 with the restoration of MYA GA NAING (1934), following in 2017 by the restoration of PYO CHIT LIN (1950) and, in 2019, the preservation of an important batch of film related material and the restoration of MHONE SHWE YI (1977).

Context:
The situation of film archives in Myanmar is alarming as most of the films of its glorious past since 1920 were dispersed, lost or time damaged. There are very little films for which celluloid elements are still available (below 20). For some films, DVD were made in the 1990s, but this is not of any help as it is very low definition, not allowing theatrical definition and moreover not enabling any restoration or preservation work.
As MYA GA NAING is clearly the most ancient Myanmar film for which celluloid elements are still available, we’ve decided to launch a restoration, as a milestone. The idea is highlight the very rich history of Myanmar which started in the early 1920s.

Context:
This film one of the very few Myanmar Classics still in existence. Myanmar Director U Kyi Soe Tun has miraculously preserved at this home a surviving copy of this 1950 comedy. Thanks to those film elements, and despite the absence of orginal negative, a full restoration project was undertaken.

Partners:
This restoration was leaded MEMORY! Cinema Association (France) and funded by Asian Film Archive (Singapore). The restoration was made by Immagine Ritrovata (Italy). 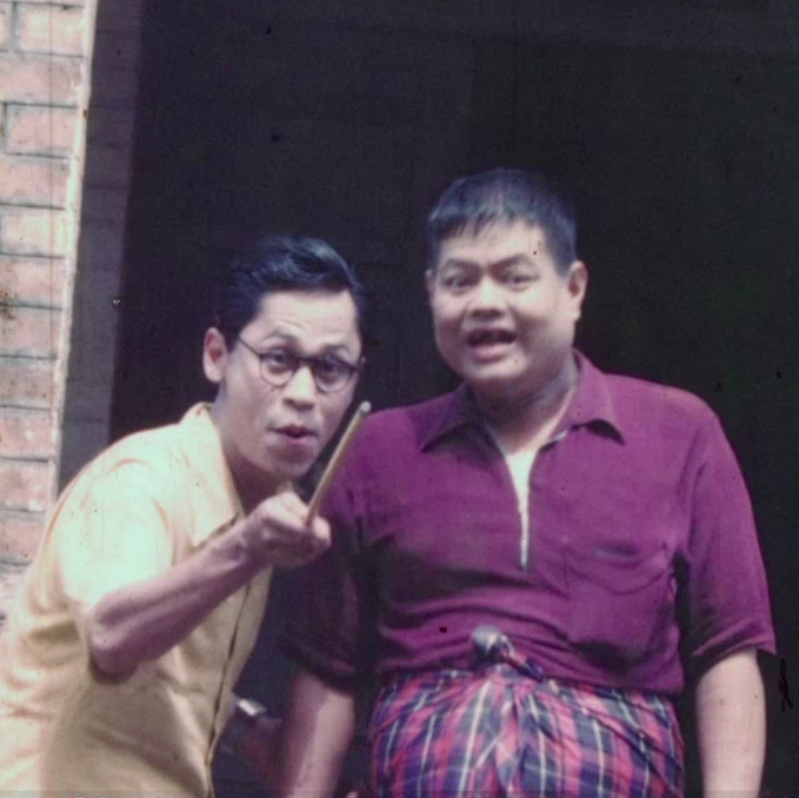