Since the military coup on Feb 1st, 2021, a collective of photo-reporters, alumni of Journalism & Culture Program, have documented the unfolding events since Day One at the risk of their own lives and assess the situation on the ground on an ongoing basis with freelance journalist and media teacher Laure Siegel. Memory!, which runs filmmaking and media workshops in Myanmar through the annual Festival in Yangon, has committed to publish their unique fieldwork from Yangon, Pyay, Salin, Monywa, Shwedaung, Lashio, Muse and Thandwe.. Their work gave birth to Documenting the Revolution.

Myanmar 100 is a program that has been running until the end of 2020, for the 100th anniversary of the Myanmar cinema history. Faced with the critical situation of the country’s film heritage, it was urgent to act. The project is comprised of three foundational components including restoration, preservation & access. Our initial assessment revealed a dire situation: less than twenty titles still have celluloid elements that could permit restoration work. Among them, MYA GA NAING (1934) by Maung Tin Maung restored by MEMORY! in 2016, PYO CHIT LIN (1950) by Tin Myint restored in 2017 and MHONE SHWE YI (1970) by Win Oo restored in 2019. The creation of the National Film Archive of Myanmar is the ultimate purpose of this project.
The project was developed with the Cinema Dpmt of Ministry of Information and the support of embassies of France, Italy, Germany, Switzerland, Singapore & Australia.

MEMORY! joined forces with IFC, part of the World Bank Group, to launch a Mobile Cinema Program within Lighting Myanmar Project Campaign, showcasing Myanmar national film treasure, MYA GA NAING (1934) by Maung Tin Maung, in remote villages of Myanmar. The program aimed to bring the film restored by MEMORY!, part of national collective memory, to the people leaving in rural areas, where the access to electricity and culture is very limited or non-existent.
It started in December 2018 and traveled during four months in 2019 in Irrawaddy, Bago & Magway Regions and also Mon State. During this tour, more than 60 screenings were organized.
The First Row was held in 16 small villages of the Irrawaddy Region from December 2018 to January 2019. During this tour, the townships concerned were Ingapu, Henzada, Pantanaw, Maubin & Mawgyun. The Second Row was held in 16 small villages in Bago Region from January to February 2019. The townships concerned were Paukkhaung & Pyay. The Third Row was held in Mon State & Irrawaddy Region (15 villages) from February to March 2019. The Four Row was held in 16 villages in Magway & Irrawaddy Region from March to May 2019.

Located between 33rd and 34th streets of Yangon, just behind the Waziya Cinema, heart of the festival, the alleyway chosen was well known as a venue for public outdoor screenings, place of several film production companies and even a filming location: ONE FATHER, ONE SON (1975) by Maung Nandar. Unfortunately, in recent decades garbage has been accumulating in the middle of the alleyway, making the place insalubrious and almost inaccessible because of the amount of trash. Little by little all community life has disappeared.
The project has two components: first is the restoration of public hygiene and sanitation in the street. It includes garbage cleaning and sewer rehabilitation, but also training in maintenance and community’s education of good environmental reflexes. The second is a tribute to the Myanmar cinema’s history. The audience can indeed get to experience an open air street art gallery of outstanding murals on the Golden Age of the Myanmar film industry and attend to public open-air screenings of Myanmar Classics.
This project is carried out by the Yangon City Development Committee (YCDC) for the cleaning and Ygnwalls for the furnishing. It is funded by the Embassy of France in Myanmar. The sustainability of this programme is made possible by the mobilisation of the inhabitants, particularly women, united in a militant collective. 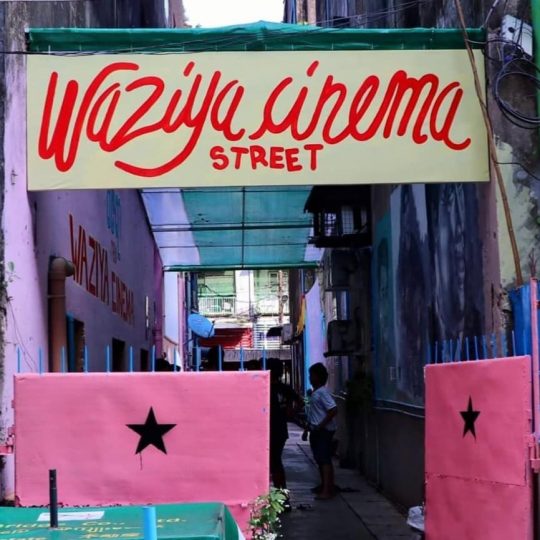 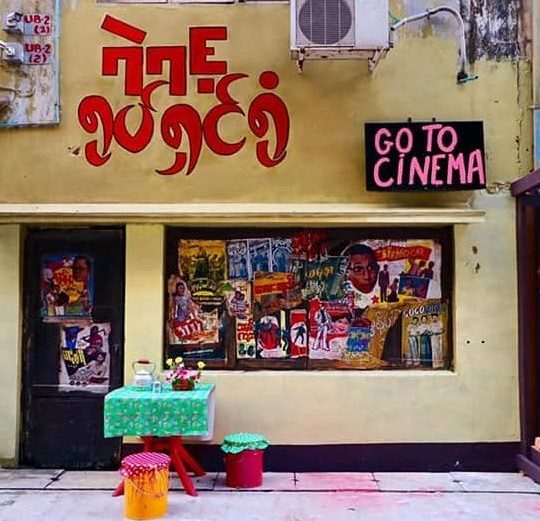 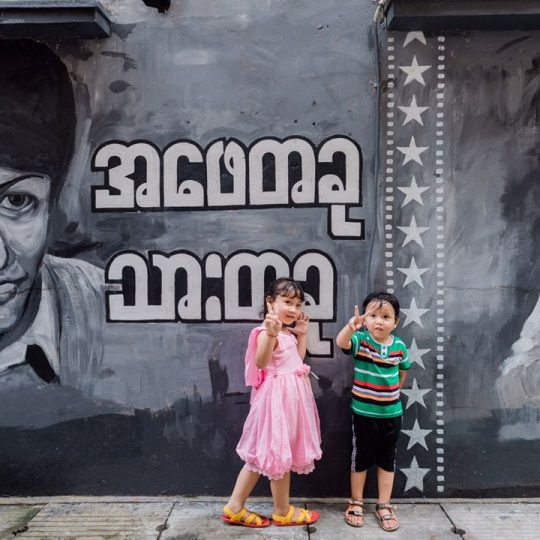 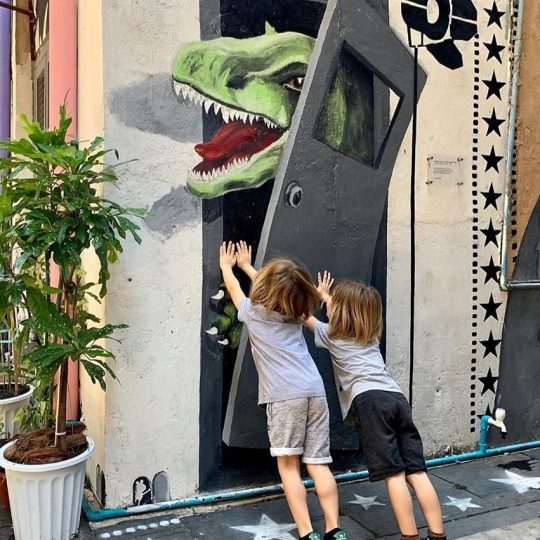 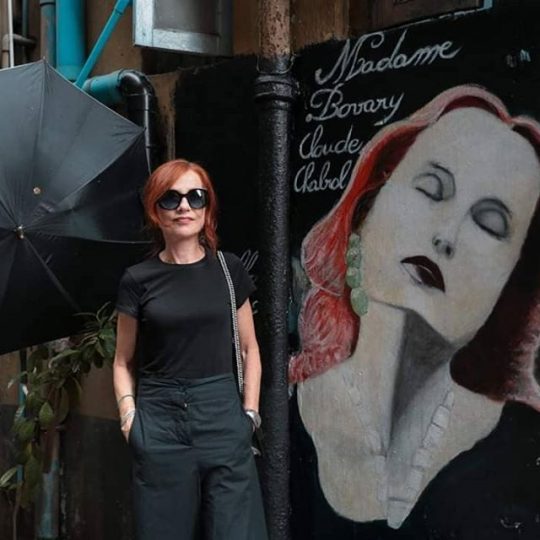 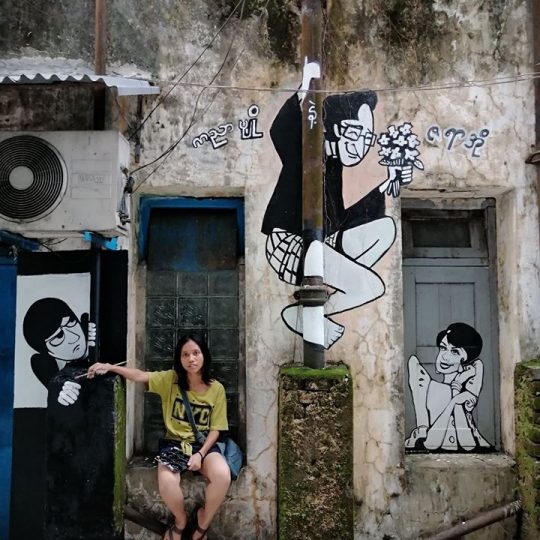 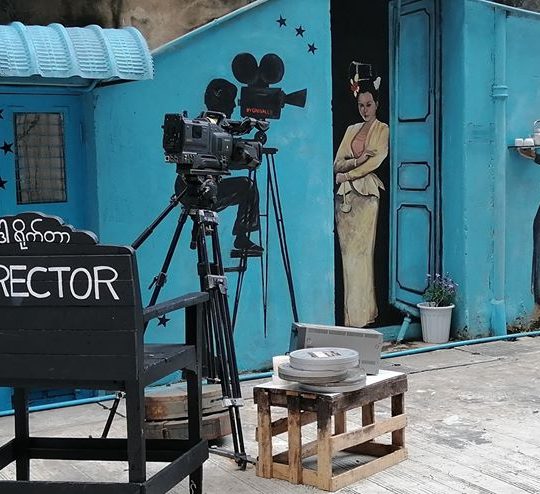 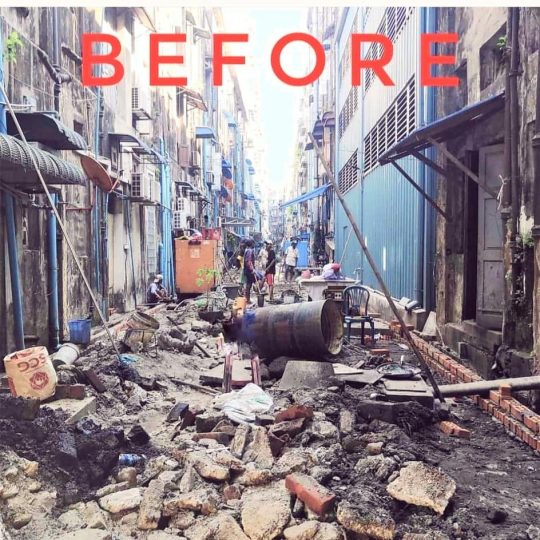